Improvisation can be in any style not just jazz or cocktail.  In the days of the great classical masters they were not only composers but also masters of improvisation. Somewhere in the late 19th century the emphasis was switched from teaching improvisation to strictly imitating what the classical composers had written in their compositions. Most of the great composers would improvise on their themes until they were satisfied with their explorations and wrote them down. A lot of Bach's works were written with 'figured bass" leaving the works open for improvisation. Figured bass was a musical shorthand used in the Baroque period of music that was in some ways comparable to the jazz fake charts of today. Liszt and his contemporaries would leave sections open in their performances for dramatic improvisation. These were called "cadenza" sections. But we too can improvise in a classical style if we want to. If you know your scales and arpeggios on some level then you able to improvise. The more you understand scales and the harmonies that derives from them then the more you can do with your improvisations. See the Bill Evans interview below.

The video recordings below are done spontaneously and all done on the white notes. That means I am either playing in the key of C, or the key of Am, using a natural minor scale. I made them to show you the possibilities of what you can do using only the white notes. The more abilities you have on the piano then the more possibilities you will have in your own creative creations. If I recorded these again I would invent another spontaneous improvisation and try not to do the same thing I did before. 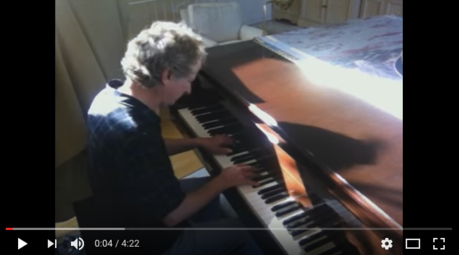 Creative improvising on the white notes

Bill Evans talks about improvisation in this insightful interview. About half way thru the interview he talks about classical composers improvising.

Listen to this interview with jazz icon, Bill Evans where he talks about classical composers improvising and comparing it to jazz improvisation. The idea is that music has always been improvised but in the 17th and so on it was in the style of the day, classical or Baroque. Today musicians are doing the same thing but mostly in the styles of today, New age and jazz. The process of spontaneous creativity on the piano is the same, just the style has changed.

This video will give you some simple orientation that you can use to get started with improvising. You will use only white ones to make your creations and learn about the art of improvisation. You will not however play a C scale as you know it or in any conventional fashion. We will intentionally not start or stop on a C note. This will free us from the confines of the old school of thought about scales and what they are. We will choose other notes to start and stop on that are white notes. Doing so will create tensions and reactions that are quite different from any traditional scales that you learned studying classical music. This will give us more freedom as we learn about the process of improvisation. See the video recordings below to hear examples of what can be done by just playing on the white notes alone.

on the white notes

If I can do it, you can do it too. Express yourself using  just the white notes. 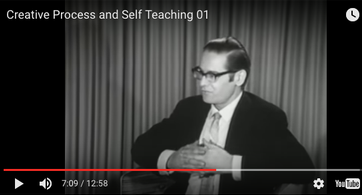 Examples of creative improvising on the white notes